It is widely known that hemp extracts used in CBD product contain compounds called cannabinoids which affect the brain. This effect can be very positive for some people who wish to utilise natural products for the benefit of their health.

Before you consider purchasing a CBD food supplement product, research the market to find a trustworthy company with quality ingredients and compounds in their products. Let’s look further into the details of this famous compound.

Contents show
1 The CBD Cannabinoid
2 How Does CBD Work in the Human Body?
3 How Does CBD Oil Affect the Brain?
3.1 Anti-oxidative Effects
3.2 Decrease Brain Blood Flow
3.3 Reduction in Excitotoxicity
4 Can I take Cannabidiol Everyday as a Health Food Supplement?
5 How do I add CBD to my diet?

The marijuana plant on the other hand contains the cannabinoid THC or Tetrahydrocannabinol in a large amount. THC is the chemical compound found in the cannabis plant family which causes a ‘high’ effect. Although the hemp plant also contains THC, the levels are so low that we can say it occurs only in trace amounts and has no toxic effect on people using it.

Thankfully CBD products in Ireland effectively eliminate the possibility of any ‘high’ by using the hemp plant to extract cannabinoids from and so THC only occurs in trace amounts or not at all.

How Does CBD Work in the Human Body?

You may be wondering how CBD works within the body. CBD works in reaction to the body’s ECS which stands for Endocannabinoid System. This system was discovered during by a scientist in the 1990’s when studying the effects of the cannabinoid THC. In these research studied it was discovered that this system is always active within the human body and within animals’ bodies too.

The ECS is a signalling system between cells and includes the use of receptors, Endocannabinoids and enzymes. Endocannabinoids are made naturally by the body and work to regulate bodily functions such as sleep patterns, moods, pain and inflammation, skin health and the reproductive system among others. They can also be referred to as neurotransmitters. 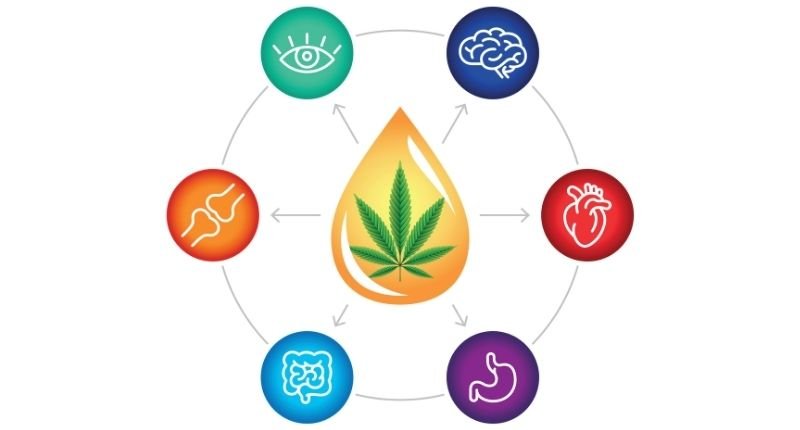 The ECS is complicated and still being studied by researchers to understand all functions of this system. We do know however that Endocannabinoids made by the body bind to specific receptors when something is out of balance with our health. They work together to target a certain pain for example and afterwards enzymes act to break the Endocannabinoids down.

Cannabinoids which are structurally very similar to the Endocannabinoids made by the ECS are present in the cannabis plant. One such cannabinoid which we mentioned is CBD. CBD therefore acts as an Endocannabinoid does and binds to receptors in the body to regulate organs or bodily functions which have become unbalanced. In this way people see CBD as potentially helpful to their health conditions as the benefits are created using a natural, functioning bodily system.

How Does CBD Oil Affect the Brain?

The receptors present in the Endocannabinoid system are found in the CNS (central nervous system).  CBD impacts the CNS by binding to the serotonin 1A receptor which targets brain function. In this way CBD can be seen to affect the brain in a few different ways but there has been limited research undertaken so far using clinical trials.

The research is slowly increasing however as the popularity of CBD does also. Visit CannaArchives to view the most up to date library of clinical trials involving CBD. A lot of anecdotal evidence is available online, however. I personally have seen positive effects on my brain function through the use of CBD both from a once off dose and from continued use. Ways in which CBD can affect the brain include:

CBD as a cannabinoid is known to act as an antioxidant. Antioxidants for those who don’t know are made naturally in the body and are also found in certain foods. They act to eliminate free radicals which can build up in the body and possible cause oxidative stress.

Oxidative stress is the cause of severe changes in the body and can lead to stroke, heart disease and other chronic disorders. The presence of antioxidants so ensures the blood is cleaned of free radicals regularly and lessens the risk of oxidative stress occurring.

CBD as a food supplement is known as an antioxidant as are foods like kale, spinach, dark chocolate and blueberries. Those who do not include such foods in their diet regularly may have an excess of free radicals built up inside their bodies. Using CBD as a health food supplement on a daily basis can aid the fight against oxidative stress and maintain a normal level of free radicals.

Many health issues associated with the CNS result from increased blood flow in the brain. Migraines for example can present with an accompanying ‘aura’ which affects your sight for a temporary amount of time. Personally, aura causes spots to appear in my line of sight which quickly change from one spot to many until I can barely see at all. 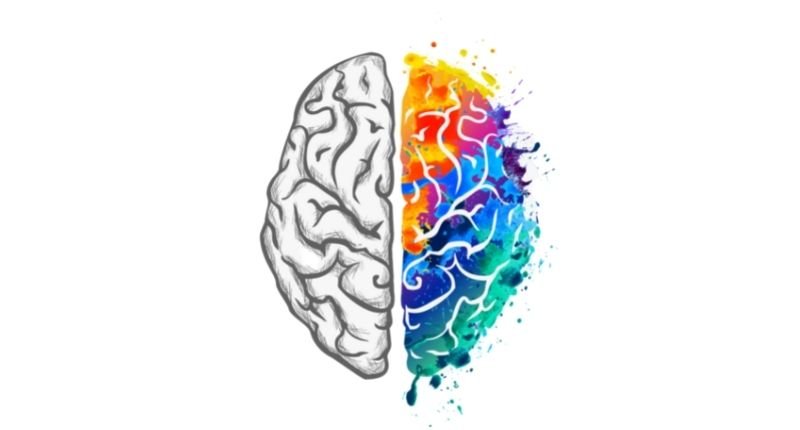 My GP once explained to me what is happening in the brain when this form of migraine occurs. She said that the blood vessels in my brain are opening and closing at a rapid rate which then interrupts the brain’s signal to the eyes. The first time I took CBD oil was when I was in the middle of a migraine with aura and within minutes the spots began to clear rapidly and my sight returned. The level of migraine pain I experienced halved compared to past migraines.

The blood flow level in the brain is reduced when CBD is present. This affects those who suffer from anxiety also as increased blood flow occurs in the brain when a person becomes anxious essentially feeding the anxious thoughts present.

Excitotoxicity refers to the brain cells becoming over-stimulated and damaged. Neurodegenerative disorders of the CNS can result in excitotoxicity occurring such as MS (multiple sclerosis) and Alzheimer’s as can brain injury trauma, and stroke.

Epilepsy, which has been strongly linked to CBD use in both anecdotal claims and clinical trials, also causes excitotoxicity to happen in the brain. The hope is that the intake of CBD could reduce the progress of this over-stimulation and ultimately reduce the level of damage caused in the brain.

Can I take Cannabidiol Everyday as a Health Food Supplement?

You can take CBD as a daily health food supplement and in conjunction with a balanced food diet. CBD is not meant to replace any particular source of vitamins or minerals in your diet but rather acts as an additional supplement to an already healthy intake of food and nutrients.

How do I add CBD to my diet?

Adding CBD to your diet is very easy, even more so recently as further forms of CBD appear on the Irish CBD market. The most common form of CBD product is CBD oil which can also be called a tincture.

CBD oils come in a variety of strengths which refer to the level of CBD content present in the oil. Some brands specialise in low-strength oils while others offer a wide variety of strengths to consumers. Typically, CBD oil for humans starts at 2.5% CBD (250mg) and can range up to 30% CBD (3000mg).

Other forms of CBD include CBD gummies, CBD capsules, CBD cream or balm, CBD paste and even CBD chewing gum. So, as you can see it is very easy to add this popular, natural food supplement to your daily food diet.

Shannon O’Sullivan
Shannon is an avid CBD user and health writer whose years of experience trying many different brands including Dr. Hemp Me, Endoca and more. Sign up for her free newsletter here or visit her Linkedin profile.