The history of cannabis in Ireland is fraught with both horror and gifts to humanity. Perhaps one of the greatest minds and advocates of medicinal marijuana emerged from that history, a man whom we’ll meet later in this article.

We’ll explore how British rule affected the Irish hemp industry centuries ago, how its face has changed since, and what the cannabis landscape looks like today in the Emerald Isle.

Contents show
1 Cannabis in the 17th Century
2 George Sigerson
3 William O’Shaughnessy
3.1 The Infant in Calcutta
4 Into the 1900s
5 The Previous Decade in Cannabis Regulation
6 Cannabis in Modern Ireland
7 The Difference Between Cannabis and Hemp
8 Looking Forward

Cannabis in the 17th Century

In the 17th Century, Queen Elizabeth I assumed dominance over Ireland. She encouraged Irish farmers to cultivate hemp because the British Navy needed it. Irish farmers had no choice but to oblige as the British began confiscating wool products also produced by the Irish. The British used Irish hemp to make sails and ropes for their Navy and the very nooses with which they would go on to hang Irish rebels. 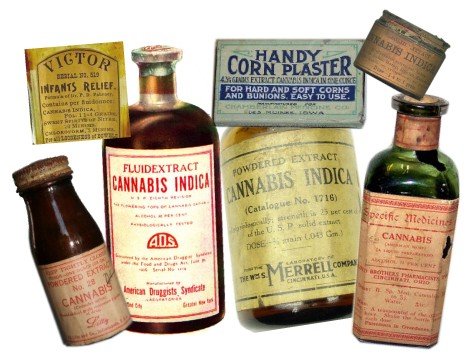 As Napoleon advanced his dominance over Europe, the British concocted a plan to drain peat bogs in Ireland to grow more hemp, despite peat being the primary fuel source for Britain and Europe. With the sacrifice of peat for hemp, the British Navy could craft more sailcloth. The British eventually abandoned this plan, but Irish minds had already begun to consider how the hemp industry might lead to Irish sovereignty.

In 1866, the Irish physician George Sigerson, who studied alongside Sigmund Freud, released a pamphlet titled Cannabiculture in Ireland; its profit and possibility. Sigerson advocated for the economic empowerment of Ireland through the mass production of hemp.

Sigerson would serve as a Senator in the Irish Free State, but his fellow founders of the new Ireland mostly ignored his ideas about forming a domestic hemp industry. Despite the absence of strong hemp cultivation, there was still an opportunity to help the sick in Ireland, leading to a revolution in the western world’s medical field.

As you may recall from this article’s introduction, perhaps the influential mind in medicinal cannabis use emerged from Ireland in the 1800s, and his name was William O’Shaughnessy. O’Shaugnessy received his Doctor of Medicine in 1829 at the University of Edinburgh. He soon became an Assistant Surgeon for the East India Company, which led to his employment at the Calcutta Medical College.

Unlike Europeans, the Indians used hemp to treat a myriad of ailments. O’Shaughnessy took a significant interest in this and began his research into the medical use of cannabis. His studies concluded that even small doses of hemp stimulated various functions of the body, including the digestive system and cerebral system, and alleviated pain.

O’Shaughnessy then began conducting non-intrusive experiments on animals to witness the effects of cannabis on them. The animals who were subjects of these experiments became hungry and sleepy, as one might expect today. At the time of O’Shaughnessy’s investigation, it led him to believe that hemp could be administered harmlessly to humans.

The Infant in Calcutta

In 1839, a forty-day-old baby girl suffering from epileptic seizures came into O’Shaughnessy’s care. Her parents had agreed to many forms of treatment, including the prevalent use of leeches at that time, but none proved successful. O’Shaughnessy, left with no other options, explained to the baby girl’s parents his research into medicinal cannabis, and suggested they try it. Her parents agreed.

Within twenty-four hours of the cannabis tincture’s application, the girl’s parents and O’Shaugnessy saw profound improvement in the infant’s condition. Within two months and with regular medicinal hemp use, the infant was back in good health. So O’Shaugnessy published the results in the Dublin Journal of Medical Science.

In O’Shaughnessy’s own words, “Of all powerful narcotics, it is the safest to use with boldness and decision. I have given Mr. Squire, of Oxford Street, a large supply of the gunjah, and that gentleman has kindly promised me to place a sufficient quantity of the extract at the disposal of any hospital physician or surgeon who may desire to employ the remedy. My object is to have it extensively and exactly tested without favour or prejudice, for the experience of four years has established the conviction in my mind, that we possess no remedy at all equal to this in anticonvulsant and anti-neuralgic power.”

With O’Shaughnessy’s report, the revolution of western medicine began. His findings encouraged other physicians to start their own studies into medicinal cannabis and its effect on various ailments. Of those ailments, hemp notably and effectively treated migraines, neuropathic pain, trigeminal neuralgia, chorea, and opium addiction.

After Willam O’Shaughnessy blazed the trail for medicinal cannabis use, the practice continued without regulation until the early 1900s. In 1934, the Dangerous Drug Act passed in Ireland. By 1937, the law banned both cannabis and cannabis resin. Even under this prohibition, Irish people continued to cultivate cannabis in secret. Much like how alcohol prohibition in America boosted alcohol use, so too did the popularity of cannabis in Ireland increase during that time.

In the 1960s, the Irish government found itself at war with cannabis usage by its populace. Their decided course of action was to create the Working Party on Drug Abuse. However, three years later, the party released a report that denounced the imprisonment of individuals found with small amounts of cannabis on them but refused to take a stance on the substance’s legalization.

The Misuse of Drugs Act 1977 rendered the cultivation and possession of cannabis illegal. The substance became classified as a Schedule 1 Drug. In 1998, those regulations were reviewed and amended to a somewhat small but significant degree, which allowed the Irish Minister of Health to permit medicinal cannabis use at the office’s discretion.

In 2002 and 2003, the Minister of Health granted GW Pharmaceuticals licenses to conduct medical trials at two hospice centers using the cannabis extract nabiximols, also known as Sativex. Ten years later, the regulations from 1998 that had amended the Misuse of Drugs Act 1977 changed again, exempting nabiximols from the Schedule 1 Drug distinction.

In 2016, the first license for medicinal cannabis use was given to allow Tristan Forde, a two-year-old boy with Dravet Syndrome, to receive continued treatment in Colorado. The boy’s physician submitted the request, and the Irish Minister of Health approved it.

The Previous Decade in Cannabis Regulation

In 2011, Luke ‘Ming’ Flanagan became an independent Teachta Dála in Ireland. He proposed that the Irish government should introduce legislation regarding the regulation of cannabis cultivation, sale, and possession. The motion, however, was shut down almost unanimously. Flanagan then introduced the Cannabis Regulation Bill 2013, which also failed to pass.

Former Minister of State Aodhán Ó Ríordáin, whose office is responsible for the National Drugs Strategy in Ireland, said in 2015 that he favored the decriminalization of cannabis, as well as cocaine and heroin, for personal use. In 2016, he lost his seat.

Gino Kenny of the Irish political party People Before Profit introduced a private member’s bill in December 2016 with the motion to make medicinal cannabis available in Ireland. The bill passed without a vote and progressed to amendments in 2017.

In response to the June 2018 passing of cannabis legalization in Canada, Taoiseach Leo Varadkar said the decriminalization of cannabis in Ireland was being considered. A group of experts was directed to examine the systems within other territories where cannabis had already been decriminalized.

Fianna Fáil Teachta Dála Stephen Donnelly just this year said, “If you’re doing something that’s not harming anybody else, it’s hard to see a legitimate role for the State in prosecuting your for it.” Previously, in 2017, Donnelly gave an interview to Hot Press magazine in which he talked about his own cannabis use.

Cannabis is technically still illegal for recreational use in Ireland today, although there is some distinction within the Misuse of Drugs Act between possession for personal use and possession with the intent to supply. Individuals apprehended with tiny quantities of cannabis may only receive a hefty fine, granting that they are a first-time offender. Repeat offenders risk heftier fines and prison time.

The punishment for growing your own cannabis in Ireland is also tiered. Growing a single plant may only land you a fine, but growing several plants can land you in prison for up to 14 years. No one is permitted to purchase or sell cannabis cultivation equipment without risk of being slapped with a fine.

Despite Ireland’s stance on the recreational use of cannabis, its medical use is on the rise. Today it is used to treat multiple sclerosis and, harking back to William O’Shaughnessy, epilepsy. Medicinal cannabis is also offered as a supplement to chemotherapy.

In June 2019, a pilot program for medical cannabis was approved by Ireland’s Minister of Health, called the Medical Cannabis Access Programme. It added to 2014 legislation an expansion of drugs available to patients. Previously, doctors could prescribe only one cannabis-based treatment, whereas afterward, they could prescribe up to three.

The Difference Between Cannabis and Hemp

In 1995, the Irish government lifted the ban on hemp to allow licensed farmers to cultivate the plant. The plantation upon which the hemp is grown must be located far from public roads and the cultivated strains must contain less than 0.2% THC, THC being the psychoactive element in marijuana.

Interestingly, Irish law does not prohibit the production or distribution of CBD, despite its origin. As long as the same measures regarding hemp are followed, that the CBD produced contains less than 0.2% THC, then CBD-based products may be produced and sold.

While cannabis is not number one on the Irish government’s agenda, it remains an important issue for its supporters. Recreational cannabis use is still frowned upon, but avenues of decriminalization are being explored.

Despite the illegality of cannabis in Ireland, a 2019 study revealed that 87.1% of participants believed cannabis could be obtained easily within a 24-hour period. The same participants expressed their belief that medicinal cannabis policies within Ireland should be improved.

Even with the popular beliefs regarding medicinal cannabis use, the survey also revealed that 66.4% opposed recreational cannabis use. In light of those findings and the fact that cannabis legalization is not currently on the Irish government’s radar, the plant may not find itself in Irish law’s good graces for years to come.